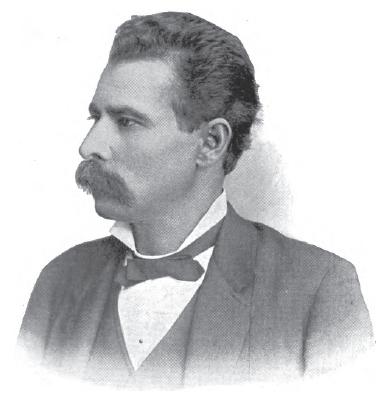 Though he was of majority-white ancestry, Cuney was born a slave. His mother Adeline was a mixed-race slave owned by a white planter who fathered eight children with her separate from the children of his three white marriages. Texas law stated that any child born of a slave mother was also a slave. Cuney’s father eventually freed him, his siblings, and his mother, and sent Cuney north to Pittsburgh for schooling, where he found work on a steamship. Returning to Texas after the Civil War, he was heavily involved with the Union League and was elected the chairman of the Texas Republican Party, where he worked to empower and improve black lives, registering them to vote, finding work for them, and fighting the Lily-White Movement.

Speaking God, you called your servant Norris Wright Cuney to empower those without a voice, enabling them to speak and be heard. May we too empower those whose voices have been stolen, and to learn from them when they speak. In Jesus’s name we pray. Amen.

One of the greatest orators in American history, Douglass was born a slave in Maryland, a fact that surprised many who heard him speak. When he was twenty years old he escaped to freedom by boarding a train, impersonating a black seaman (complete with a fake uniform and identification), and crossing into Pennsylvania. He became a licensed preacher in the African Methodist Episcopal Zion church and wrote three autobiographies. The only black at the Seneca Falls Convention, he spoke in favor of women’s suffrage, a position he advocated for throughout his life. He fought for the abolition of slavery and worked during the Reconstruction-era to further the cause of black freedom and equality. He is regarded to this day as one of the most influential voices against slavery and discrimination in America.

God of the spoken word, you blessed your servant Frederick Douglass with a gift for speaking, so that those who heard his words would be turned to his cause. Give us the same gift, that when we speak against oppression and injustice, we too may be heard. In the name of your Son, we pray. Amen.