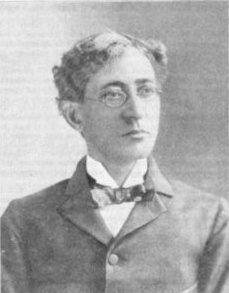 Fortune was born a slave in Florida, and after the Civil War educated in schools for blacks. After getting his feet wet in newspapers, who graduated college with a degree in journalism and founded his own newspaper, eventually named the New York Age. He co-founded the National Afro-American League and the later National Afro-American Council, which took hard stances against discrimination and racial injustice, and included later NAACP activists Booker T. Washington, W. E. B. Du Bois, and Ida B. Wells. The New York Age became the most widely read of all black newspapers, and Fortune never ceased in calling for direct and immediate action against the evils of racial injustice. His work became one of the foundations of the Civil Rights Movement.

God of action, through your servant Timothy Thomas Fortune you made known your will for an immediate end to racial injustice. Give us the same courage to speak out fully and loudly against injustice. In Jesus’s name we pray. Amen.

Born in Boston, Massachusetts, Ruffin was an activist in the women’s suffrage and Civil Rights movements. She formed the American Woman Suffrage Association, the New England Woman’s Club, the Women’s Era Club, the National Federation of Afro-American Women, and the first National Conference of the Colored Women of America. When she attended the General Federation of Women’s Clubs in 1900 as a representative of three clubs, she was denied her credentials because one of the clubs was an all-black club. Instead of sitting as a representative of just the other two clubs, Ruffin was excluded from the proceedings. She became one of the founding members of the NAACP.

Mothering God, you instilled in Josephine St. Pierre Ruffin the spirit of a mother, fiercely defending her children and protecting them from danger. Give us such a spirit of vigilance and protection, that we may protect those who suffer injustice. In the name of your Son, we pray. Amen.